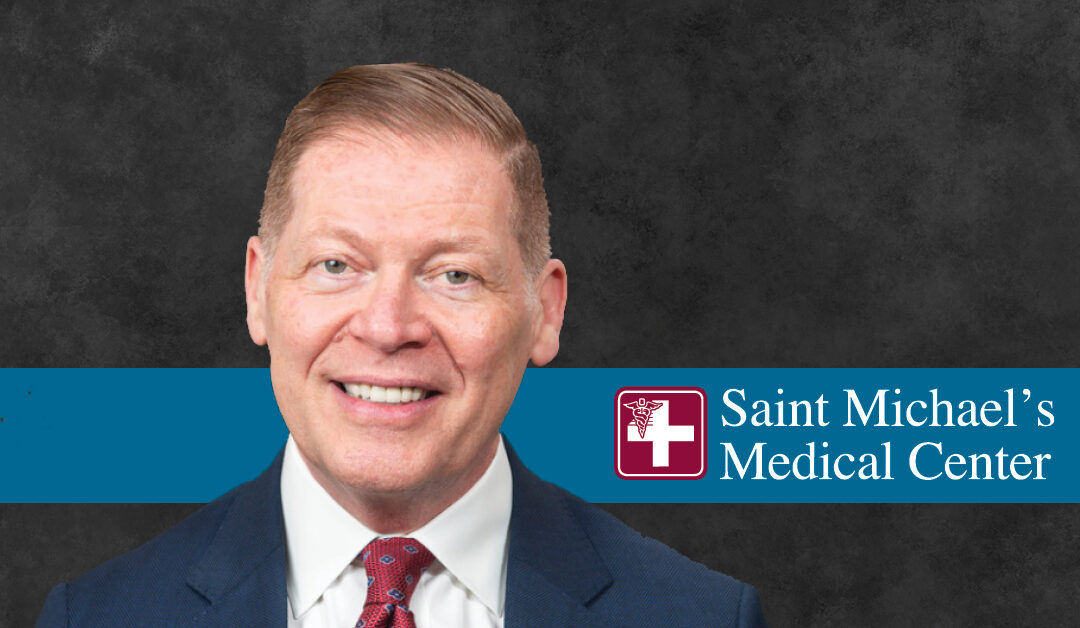 Dr. Sickles joined the hospital as chief operating officer in June after a career as a breast surgeon and hospital executive in major health systems in New York City, including NYU Langone Health, Lutheran Healthcare, North General Hospital, and the Cabrini Medical Center.

“I am confident in his ability as CEO to bring the hospital to the next level by growing services, recruiting and retaining physicians, and improving processes,” Mehta said.

Dr. Sickles said he is looking forward to continuing the hospital’s mission of providing high-quality healthcare to the community.

“From the first time I walked in the doors of Saint Michael’s, I knew this was a special place,” Dr. Sickles said. “I have been inspired by the staff’s passion, commitment, and dedication
to improving the health of our community.”

Dr. Sickles completed his residency and internship in general surgery from Lutheran Medical Center in Brooklyn. He began his career as a breast surgeon in 1988 and continued in private practice until 2017.

In 2005, he joined the staff of Cabrini Medical Center, a 475-bed teaching hospital and affiliate of Mount Sinai Medical Center in New York, where he served as chief medical officer, director of medical education, and associate dean of the Mount Sinai School of Medicine.

Three years later, he was recruited to fill a time-limited position at North General Hospital in New York, where he served as senior vice president of medical affairs.

After the hospital closed in 2010, he joined NYU Lutheran Medical Center, where he served as senior vice president of operations – deputy hospital director as well as the president and chief executive of LMC Physicians Services, PC – Lutheran Healthcare.

The hospital merged with NYU Langone Health in 2016 and Dr. Sickles remained on staff to serve as deputy executive hospital director, where he was directly responsible for 18 clinical divisions.