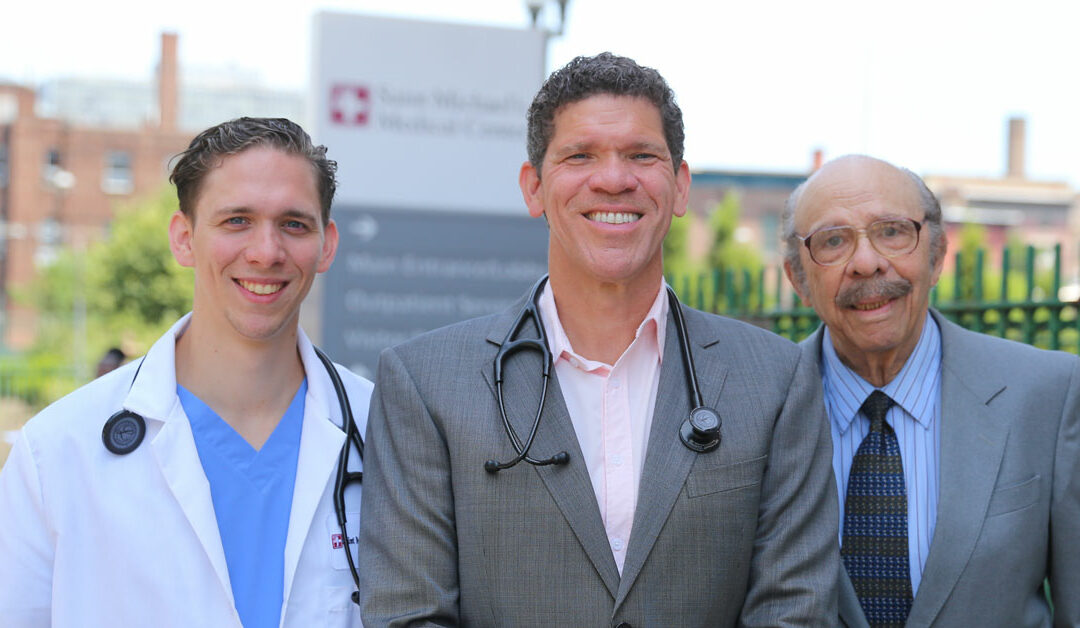 For Dr. Theodore A. DaCosta, the newly appointed Director of Medical Education at Saint Michael’s Medical Center, the wheel has come full circle.

DaCosta did his internship, residency and a fellowship in gastroenterology at Saint Michael’s.

“It’s an honor to serve as the Director of Medical Education in the same hospital where I grew from a young medical school graduate into a practicing gastroenterologist,” said DaCosta. “Saint Michael’s is a great teaching hospital and I’m looking forward to carrying on the great legacy of medical education.”

The DaCosta name is intertwined with Saint Michale’s recent history. His father, also Theodore, was a resident from 1960-62 at Saint Michael’s, where he met his wife, who was a nurse at the hospital. The younger DaCosta and his three siblings were all born at the hospital.

The elder DaCosta was an attending at Saint Michael’s for nearly 60 years, only retiring recently.

“I am proud that our family is very much part of this hospital and part of this community,” said DaCosta, who maintains a private practice in West Orange.

Saint Michael’s residency program is affiliated with New York Medical College. Each year, some 20 newly graduated doctors become residents at Saint Michael’s, where they spend three years under the tutelage of experienced doctors.

DaCosta received his medical degree from the University of Medicine and Dentistry of New Jersey in Newark and his bachelor’s degree from Seton Hall University.