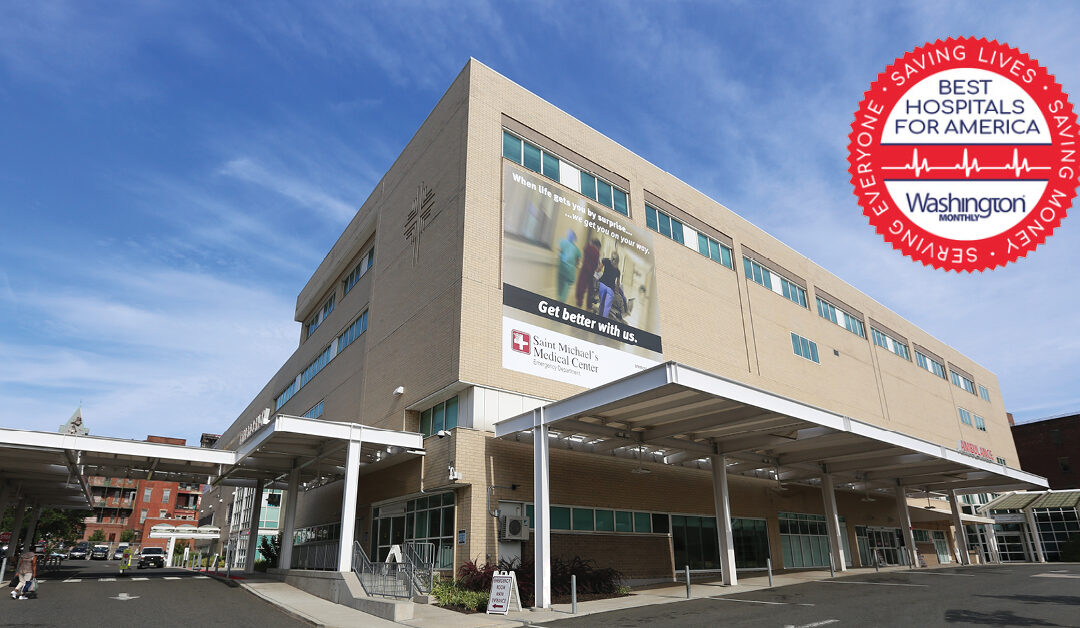 Saint Michael’s Medical Center in Newark was named among the top 20 safety net hospitals in the nation in a new index by Washington Monthly magazine that ranks hospitals based on how well they treat the poor and people of color.

Washington Monthly’s inaugural Best Hospitals for America ranked hospitals by quality of care, but it also used two other metrics no other ranking system has ever used.

The first is civic leadership: the degree to which a hospital treats patients with the same income and other demographics as its surrounding community; how much it contributes in community benefit, from providing charity care to building and operating free clinics; and how much it pays its senior executive compared to its frontline workers.

The second metric is value of care, a crucial metric because health care costs for most privately insured Americans have been rising at twice the rate of wages for years, helping to drive historic levels of income inequality.

Dr. Sickles added that Saint Michael’s employees deserve the credit for the accolades.

“Our employees and medical staff are truly dedicated to making the most vulnerable members of our community get the highest quality healthcare that they rightfully deserve,” Sickles said.

Only four years ago, Saint Michael’s was on the brink of being shuttered when it was purchased out of bankruptcy by Prime Healthcare, an award-winning national healthcare system with 46 hospitals in 14 states.

Since then, Prime has invested millions to upgrade medical equipment, including state-of-the tools for treating cancer and cardiac diseases. At the same time, Saint Michael’s has benefitted from Prime’s national network, employing best practices developed at top Prime hospitals around the country.

Washington Monthly said it developed its ranking system over the last decade to compete with U.S. News & World Report’s “Best Hospitals” list, which it said rewards hospitals for their reputations and record of delivering expensive specialized treatments and surgeries—regardless of cost or the institution’s record of serving less-well-off people in its vicinity.”

“Taking on U.S. News made sense to us because its rankings have real power,” said Paul Glastris, the editor in chief of the Washington Monthly. “Hospital administrators all over the country devote considerable energy to climbing them—and then bragging about it on expensive billboard ads—because doing so helps bring in more well-insured patients. Yet such behavior also fuels the profligate and inegalitarian tendencies of our health care system.”

Glastris said that hospitals in Washington Monthly’s Best Hospitals for America list are accomplishing a feat more challenging than those on U.S. News’ ranking.

“They are taking in a diverse patient population, healing those patients, and not overtreating them,” Glastris said. “We think every American ought to have access to institutions like these.”