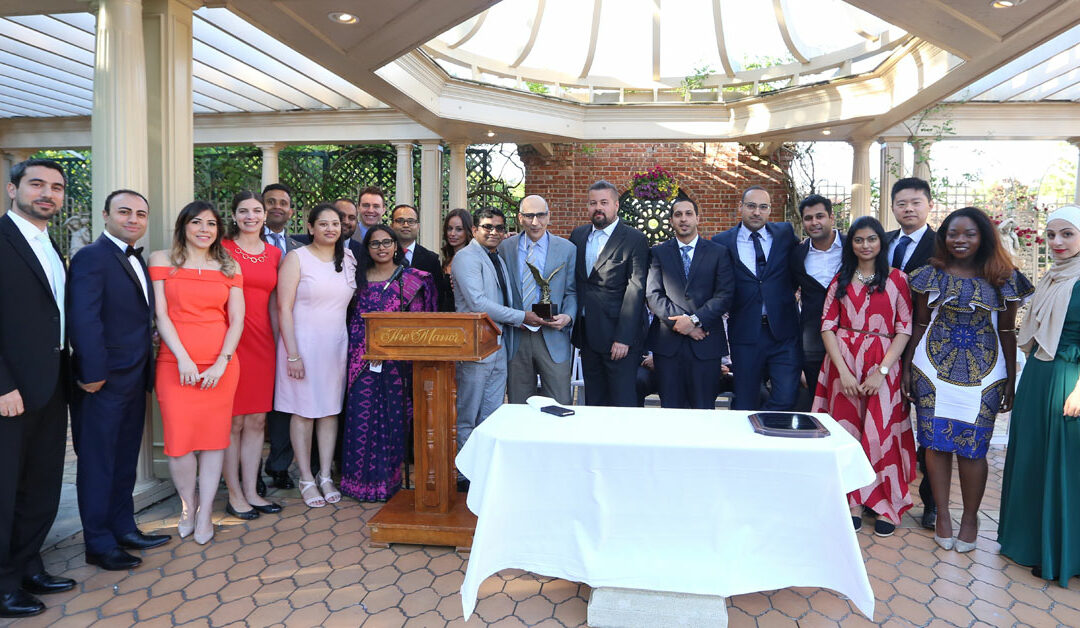 Medical residents and fellows who completed their training at Saint Michael’s Medical Center were recognized for their accomplishments during the 55th Annual Dr. Phillip D’Ambola Certificate and Awards ceremony.

The residents have been enrolled in Saint Michael’s internal medicine program for the past three years, learning from the faculty attending physicians at the hospital. Saint Michael’s is a teaching affiliate of New York Medical College.

With their residencies completed, the doctors will either begin working full time as physicians or continue their education as fellows in a specialty.

Several doctors were also recognized for completing their fellowships in cardiology, interventional cardiology, gastroenterology and pulmonary and critical care.

“We are proud to be teaching the next generation of medical doctors,” Saint Michael’s CEO Robert Iannaccone said. “As a teaching hospital, our patients benefit because our attending physicians must stay abreast of the latest medical breakthroughs.”

Dr. Joseph DePasquale, the internal medicine program director at Saint Michael’s, awarded each of the doctors their certificates of completion.

The Dr. Peter Ho Memorial award was given to Dr. Biren Patel.

The award was named after Dr. Ho, who was born in Vietnam and served as a surgeon alongside American doctors during the Vietnam War. He was an infectious disease fellow at the hospital in 1983. When he was invited by drug reps to dinner, he would only go on the condition that he be allowed to take food and bring it to a homeless shelter. Dr. Ho died in 1985 and the Saint Michael’s HIV/AIDS clinic is named in his honor.

“He was a great teacher. The residents really loved him,” said Dr. Jihad Slim, the chief of infectious disease. “Rather than keep giving him the award every year, they decided to just name it after him to give other attendings an opportunity.”

The Dr. Philip D’Ambola Memorial Award for Excellence in Teaching was given to Dr. Rutwick Patel.

The award and the ceremony were named after Dr. D’Ambola, who cast the deciding vote as a member of the hospital’s executive committee that made Saint Michael’s a teaching hospital more than a half century ago. The award was presented by his great niece, Dr. Lesly D’Ambola, who also did her residency at the hospital years ago.

Receiving the Intern of the Year award was Dr. Kok Hoe Chan. 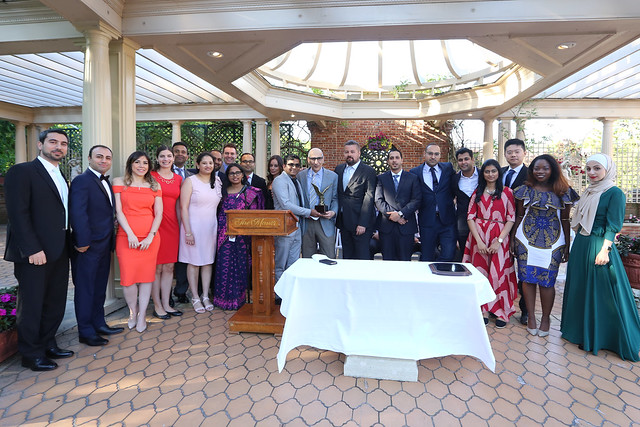