Amid Pandemic, Woman Diagnosed with Breast Cancer Treated by Saint Michael’s and Reunited with Family in Singapore 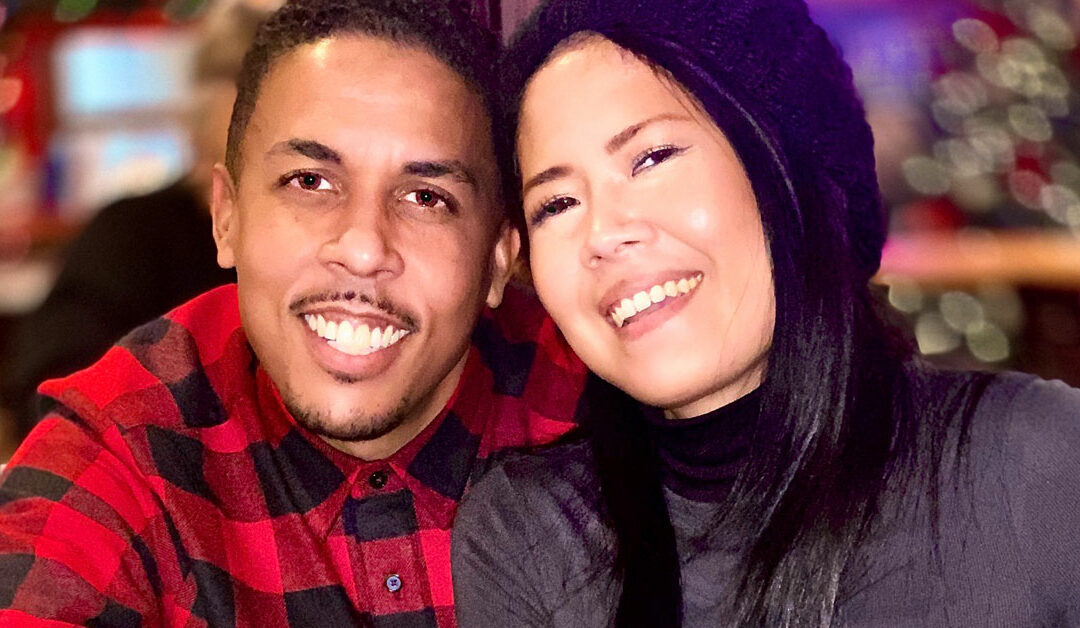 Lerine Liu came to the United States to start a new life after she met her boyfriend, Andre Phipps, online.

NEWARK, NJ – Looking for a fresh start, Lerine Liu moved from Singapore to the United States on Valentine’s Day this year to be with a boyfriend she met online.

Not long after the 42-year old woman settled in with Andre Phipps in Bloomfield, she started to feel a pain in her back. At first, she thought she had pulled a back muscle and went to an urgent care facility in Newark.

A week later and still in pain, she started having trouble breathing and went to the Emergency Department at Saint Michael’s Medical Center in Newark. It was mid-April and the COVID-19 virus was making its advance in Northern New Jersey.

“We debated going to the Emergency Room because of COVID-19,” said Phipps. “I wish we had gone sooner instead of to the urgent care facility, but I’m glad we decided to go when we did.”

Liu was tested for the virus, but the test came back negative. But a CT scan and MRI revealed that Liu was suffering from Stage 4 breast cancer that was spreading quickly.

The diagnosis couldn’t have come at a worst time. Right about that time, nearly every bed in Saint Michael’s was filled with coronavirus patients, many on respirators. Likewise, other hospitals in Newark and the surrounding communities were facing the same reality.

“This was truly unchartered territory for many cancer centers,” said Dr. Hamid Shaaban, an oncologist and a chief medical officer at Saint Michael’s. “We were reacting to multiple challenges demanded by coronavirus but waiting until the pandemic passed was not an option for Liu. She needed radiation therapy and chemotherapy immediately and we were not going to delay her care.”

Liu was in the process of looking for a job in fashion purchasing/merchandising, but had not yet found work so she was uninsured. Nevertheless, the hospital started her treatments and worked with her to ensure she was covered by charity care.

“She had an aggressive stage 4 metastatic breast cancer that had metastasized to her lungs and spine,” Dr. Shaaban said. “Any delays in her treatment would dramatically decrease her chances of survival.”

Liu’s family in Singapore wanted her to return to home, but she couldn’t just hop on the next commercial flight from Newark Liberty International Airport. Because of her condition, she would need a specialized air ambulance at a cost of $235,000.

Her family in Singapore posted an appeal on give.asia, a popular crowdfunding platform in Asia similar to GoFundMe. After an article about the appeal appeared in the media in Singapore, the family raised enough within four days to cover the cost of the air ambulance.

“She will be on treatment for the rest of her life but I am glad we were able to overcome any hindrances, including a global pandemic, to initiate it here and grant her wish of continuing it in Singapore with the support system of her family,” Dr. Shaaban said.

Though disappointed that their plans as a couple didn’t work out, Phipps said he is happy that Liu is able to rejoin her family in Singapore, where she will continue to receive cancer treatments at a hospital there.

“Her family really wanted her back,” Phipps said. “They didn’t want her to leave Singapore but supported Lerine’s dreams of finding love and continuing to pursue her career in fashion. Now they’re extremely grateful to have her back.”

Phipps said he is extremely satisfied with the treatment Liu received at Saint Michael’s.

“This happened right in the peak of the pandemic, yet the doctors and nurses at Saint Michael’s were still able to provide Lerine with excellent care,” Phipps said. “She is starting to show signs of improvement but she has a long road ahead of her.”

Shaaban said Liu’s story highlights the importance not putting off medical treatment because of fears about coming to a hospital during a pandemic. Saint Michael’s has been open throughout the COVID-19 pandemic and resumed elective surgery on May 26.

“Cancer is not going anywhere despite COVID19,” Dr. Shaaban said. “People need to continue cancer screening and surveillance because delay in treatment can impact survival.”