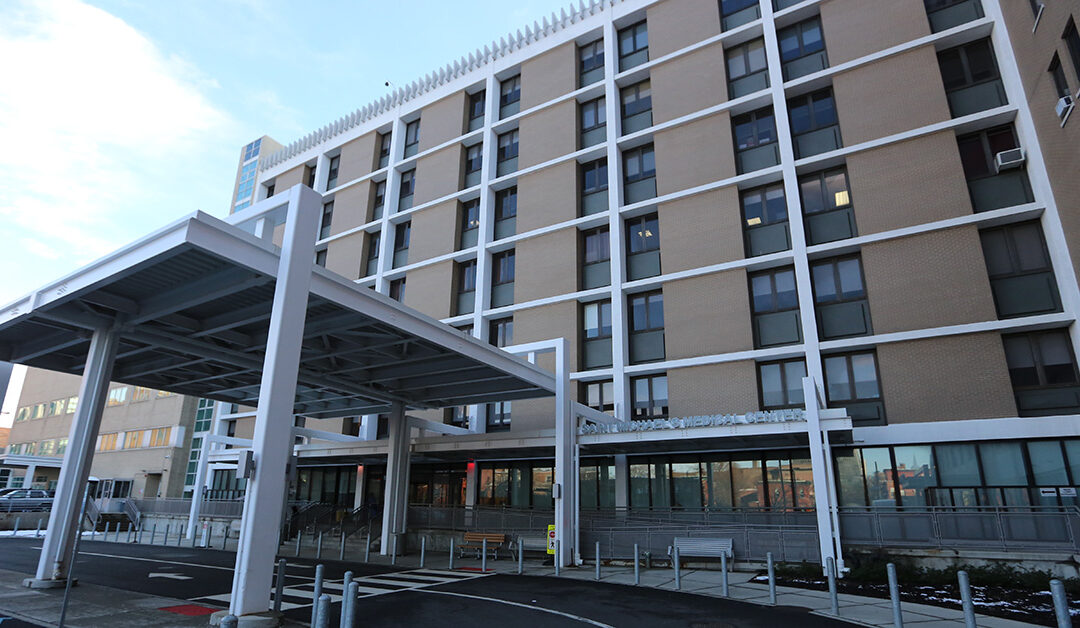 NEWARK, NJ — The acquisition of Saint Michael’s Medical Center in Newark by Prime Healthcare Services is in the best interest of the public, the president and CEO of the hospital testified today before a panel of state officials reviewing the sale.

President and CEO David Ricci said the sale to Prime was the only alternative to carrying out the mission of the financially struggling nonprofit hospital.

“When we sought a strategic partner in January 2012, the medical center was struggling to meet the financial challenges of a rapidly changing healthcare landscape,” Ricci testified. “The Board took a bold, yet necessary step to seek a strategic partner to ensure Saint Michael’s would continue to serve the community as an acute-care hospital.”

Ricci was among more than a dozen people including elected officials, union representatives and community members who testified during a public hearing at New Jersey Institute of Technology. The hearing is required by the state’s Community Health Care Assets Protection Act, or CHAPA.

Prime entered into an agreement to purchase Saint Michael’s in February 2013 and applications were jointly submitted to the Attorney General and the state Health Department at the time.

As part of its review, the Attorney General must determine whether Saint Michael’s received a full and fair market value for its assets.

Ricci noted that after Saint Michael’s was forced to seek reorganization in U.S. Bankruptcy Court, the hospital was put out to bid a second time, attracting two bidders, Prime and Prospect Medical Holdings. The auction lasted seven hours with 16 rounds of bidding.

On Nov. 9, both Prime and Prospect made presentations to Saint Michael’s Board of Directors, who had the opportunity to ask questions to representatives from both parties.

“Upon conclusion of the presentations, the Board, together with senior management and the legal and financial advisors met again and continued the review process,” said Ray Ocasio, the Chair of the Saint Michael’s Medical Center Board. “There was an open, frank and lengthy discussion among the Board members. Upon conclusion of this review process, which in total lasted over eight hours and included consultation with the Creditors Committee, the Board decided that Prime was the successful bidder.”

Ocasio, who also serves as executive director of La Casa De Don Pedro in Newark, said there were several crucial factors that led the Board to pick Prime, including, “Prime’s decision to increase it’s initial offer by $13 million to $62 million and double its investment in the hospital over five years to $50 million as well as Prime’s track record of never closing hospital that it had acquired.”

“This investment ensures that Saint Michael’s will become a state-of-the art medical facility not only for today, but well into the future,” Chaneyfield Jenkins said. “This investment will improve the quality of healthcare for the residents of the Greater Newark community. It also ensures Prime’s commitment to Saint Michael’s and the Newark community for the long haul.”

Chaneyfield Jenkins said the Newark City Council unanimously approved the sale to Prime because of the company’s commitment to Newark. She noted that Prime has agreed to continue to operate Saint Michael’s within the Ethical and Religious Directives of the Catholic Church.

The directives mandates that Saint Michael’s provide adequate healthcare for people whose social condition puts them at the margins of our society and makes them particularly vulnerable to discrimination: the poor; the uninsured and the underinsured; children and the unborn; single parents; the elderly; those with incurable diseases and chemical dependencies; racial minorities; immigrants and refugees.

“Even though Prime is not a Catholic institution, they have agreed to uphold the Ethical and Religious Directives,” Chaneyfield Jenkins said. “That goes a long way to demonstrate their commitment to serving our community.”

Bishop Jethro James, speaking on behalf of a grass-roots community based coalition that formed to save the hospital, said the coalition supported the sale of Saint Michael’s to Prime. James noted that the coalition collected more than 50,000 signatures to urge Gov. Christie to approve the sale.

“Our coalition supports the sale of Saint Michael’s to Prime Healthcare Services because we believe it is in the best interest of the public,” James said. “We have met with the senior management of both Saint Michael’s and Prime and we believe that a conversion from nonprofit to for profit was the only alternative to ensure Saint Michael’s remains open as an acute-care hospital.”

“Prime Healthcare has remained committed to saving Saint Michael’s Medical Center for the past three years, and has reiterated that commitment by increasing our purchasing price and doubling our capital improvement budget,” said Troy Schell, General Counsel for Prime Healthcare. “We respectfully urge the Attorney General to recognize that commitment, as well as the wishes of the greater Newark community, by moving this process forward and approving the sale.”

Once Attorney General Hoffman and Health Commissioner Bennett make their recommendations, Saint Michael’s will file with the state Superior Court for final approval.

Established by the Franciscan Sisters of the Poor in 1867, Saint Michael’s is a 357-bed regional tertiary-care, teaching, and research center in the heart of Newark’s business and educational district. Saint Michael’s Medical Center is a member of Trinity Health. Learn more at www.smmcnj.org.

Prime Healthcare Services is an award-winning national hospital system with 38 acute-care hospitals providing nearly 40,000 jobs in 11 states. Seven of the hospitals are members of the Prime Healthcare Foundation, a 501(c)3 public charity. Based in California and one of the largest hospital systems in the country, Prime Healthcare is committed to ensuring access to quality healthcare. It has been recognized as among the “100 Top Hospitals” in the nation 33 times and among the “15 Top Health Systems” three times, and is the only “10 Top Health System” west of the Mississippi. Our hospitals have been recognized by The Joint Commission among the “Top Performers on Key Quality Measures” in 2014. For more information, please visitwww.primehealthcare.com.