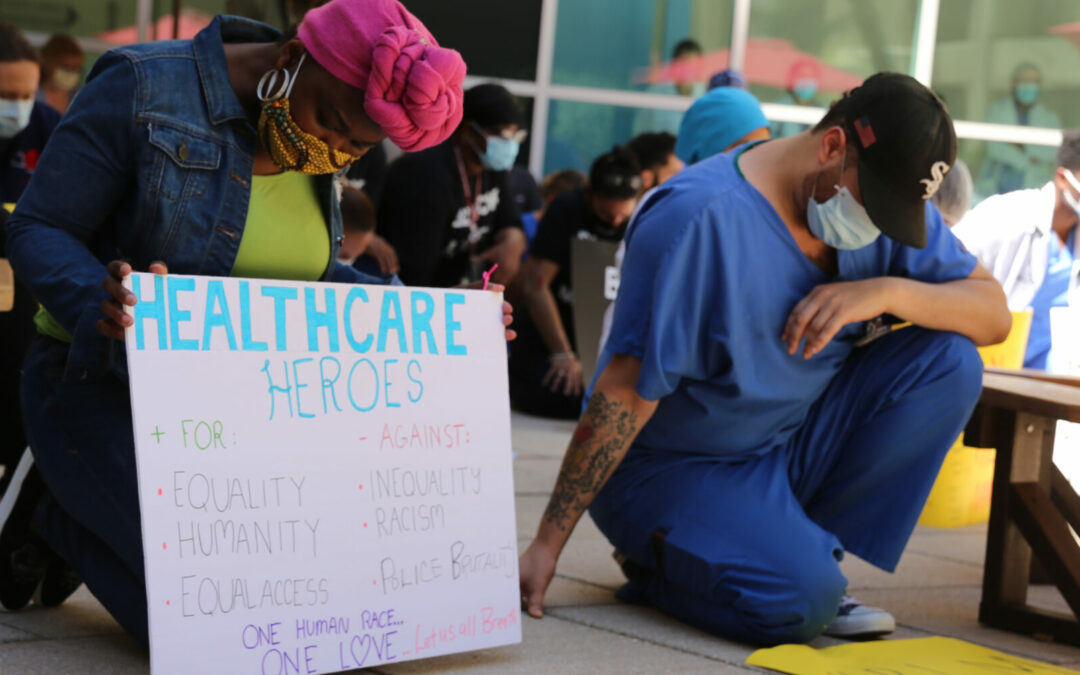 Saint Michael’s Medical Center in Newark is ranked second nationally on the Lown Hospitals Index for Social Responsibility, the only ranking to include equity as a major category.

Out of more than 3,000 hospitals, only 75 achieved Honor Roll status by earning “A” grades in equity, value, and outcomes, the three metrics used to determine overall social responsibility.

“Saint Michael’s has long prided itself on providing exceptional healthcare to the community we serve,” said Dr. Alan Sickles, the CEO of Saint Michael’s. “We are extremely proud to be recognized as being among the most socially responsible hospitals in America.”

Major teaching hospitals and hospitals in urban locations stand out on the Lown list, which was first published last year. The Index includes 54 metrics across the equity, value, and outcomes categories. The index is the first ranking to assess the social responsibility of U.S. hospitals by applying measures never used before like racial inclusivity, avoidance of overuse, and pay equity.

The organization noted that half of the hospitals that appeared on this year’s U.S. News and World Report Best Hospitals list failed to place within the top third of the Lown list.

While US News and World Report’s Best hospitals generally achieved high grades on outcomes and value, the Institute noted, every hospital with the exception of Johns Hopkins Hospital in Baltimore received a “C” or “D” grade on equity.

“It’s not enough for hospitals to say they’re committed to social responsibility. They need to put their commitment into action,” said Dr. Vikas Saini, president of the Lown Institute, a nonpartisan think tank advocating for changes in the healthcare system. “Doing well on the Lown Index is one way they can demonstrate progress.”

Factored into the ranking this year is a new measure of cost efficiency that evaluates how well hospitals achieve low mortality rates at a low cost. Performance varies widely, even among similar-sized hospitals in the same cities. Saint Michael’s ranked seventh on the list.

“Our ranking is an acknowledgment of our employees who are making daily significant contributions to the community they serve through their time, actions, talents and commitment,” said Dr. Hamid Shaaban, the chief medical officer at Saint Michael’s.

“They are role models for compassion, and service and are striving every day to make Newark a healthier and better place,” said Shaaban, who has spoken out and written frequently about the inequity in healthcare and how the pandemic has disproportionately impacted communities of color like Newark.

“We see the effects of poverty, violence and inequities in healthcare every day in our hospital,” said Dr. Shaaban. “While we serve a difficult population many with pre-existing conditions and chronic diseases, we are focused on ensuring they receive the best outcomes.”

Saint Michael’s, which was founded by the Franciscan Sisters of Poor in 1867, has maintained its mission of delivering quality healthcare to vulnerable populations.

Saint Michael’s was in bankruptcy and in danger of closing in 2016 when California-based Prime Healthcare purchased the hospital and invested millions to upgrade medical equipment, including state-of-the tools for treating cancer and cardiac diseases.

Under Prime Healthcare’s ownership, the hospital also quickly moved from an F to an A in the Leapfrog patient safety grade and also received a five-star patient safety rating from Healthgrades.

Saint Michael’s also serves as a teaching hospital affiliated with New York Medical College, training dozens of doctors every year. The hospital recently expanded its fellowship programs to include more Cardiology, and Hematology/ Oncology in addition to the existing programs in Gastroenterology and Infectious Diseases. Last week, Saint Michael’s received approval to offer a new fellowship in Pulmonary and Critical Care Medicine.

Dr. Sickles noted that the hospital is continuing to add services that are vital to serving the community surrounding the hospital, including a new stroke treatment program that is among the most advanced available in the New York metropolitan region.

“We are committed to delivering the highest-quality, most advanced healthcare available to our community,” Dr. Sickles said.

Last year, Saint Michael’s was named among the top 20 safety net hospitals in the nation by Washington Monthly magazine, which ranked hospitals based on how well they treat the poor and people of color.