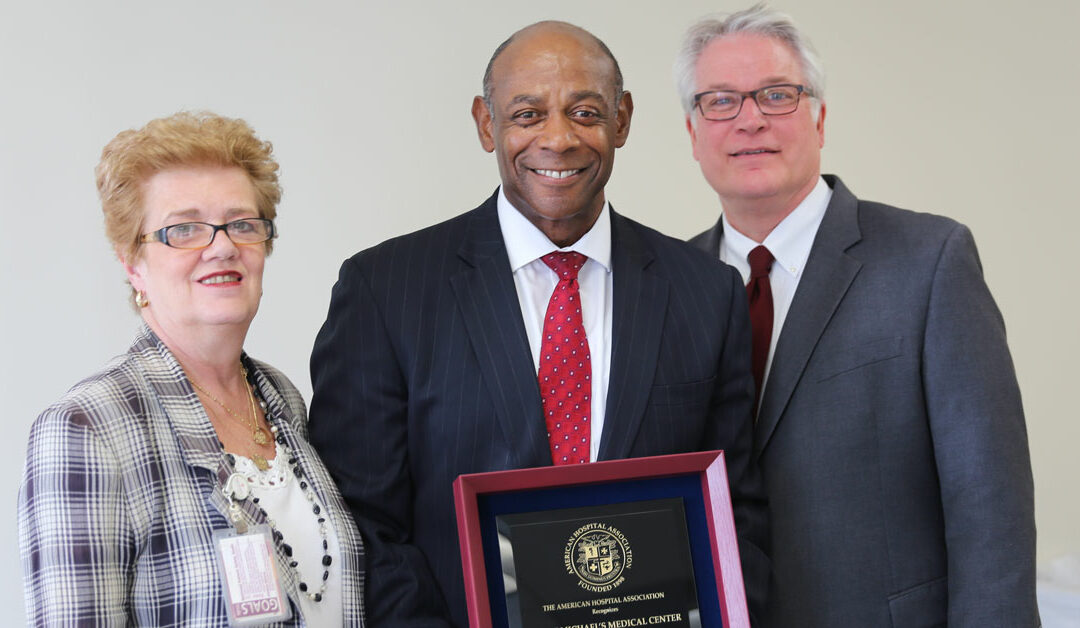 Saint Michael’s is one of the early charter members in the AHA, which was founded in 1898 and began admitting members in 1919.

“We thank Saint Michael’s Medical Center for their long-standing commitment to advancing health in Newark and appreciate their 75 years of membership in the AHA.” AHA President and CEO Rick Pollack said.

“Since being founded in 1867 by the Franciscan Sisters of the Poor, Saint Michael’s Medical Center has delivered on its mission to provide high-quality, compassionate care to patients in the Newark community,” Pollack said.

Pollack noted that Saint Michael’s was the first hospital in New Jersey to perform open-heart surgery and the first to develop a cardiac catheterization program.

“In addition to providing top-notch patient care to those most in need, Saint Michael’s Medical Center hosts a range of educational and support programs that benefit the surrounding community,” Pollack said. “It is also training the next generation of doctors through its affiliation with New York Medical College.”

Iannaccone said Saint Michael’s is proud of its partnership with the AHA.

“Our membership in the AHA over the past 75 years is a testament to how much we value AHA’s contributions to improve health care,” Iannaccone said. “We look forward to continuing our partnership for years to come.”

Saint Michael’s, a member of Prime Healthcare, is an award-winning 358-bed hospital serving Newark and the surrounding community. Saint Michael’s is the only hospital in Newark to have been awarded three major patient safety and quality awards so far this year. Saint Michael’s was named a Five-Star Hospital by the Centers for Medicare & Medicaid Services and it received the Patient Safety Excellence Award™ from Healthgrades and an “A” for the second consecutive period in the Leapfrog Hospital Safety Grade report card. The hospital was also named high performing in the treatment of heart failure in the latest U.S. News and World Report ranking.