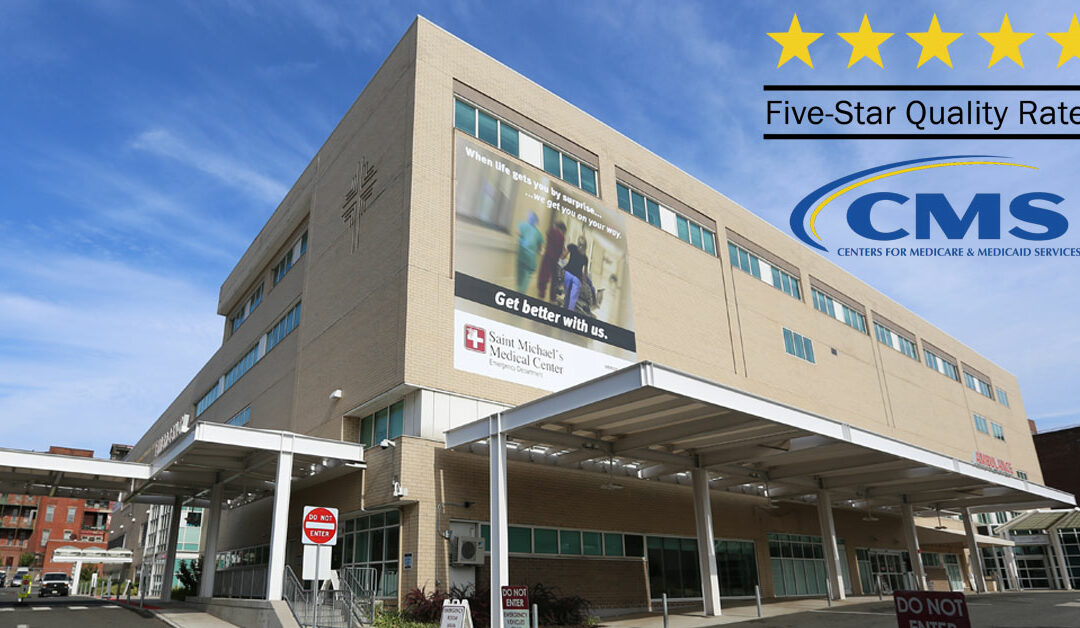 Saint Michael’s Medical Center in Newark is one of only six hospitals in New Jersey to receive an overall five-star rating from the Centers for Medicare & Medicaid Services in the federal agency’s latest hospital performance report released this week.

The CMS’s Overall Hospital Star Rating, which is available on medicare.gov/hospitalcompare, provides patients with the important information they need to compare hospitals and make informed healthcare decisions.

Saint Michael’s overall star rating rose to five stars from three in the previous report, which was released in December 2017.

“I am extremely proud of the employees and medical staff at Saint Michael’s for all their hard work in making Saint Michael’s one of the highest rated hospitals in New Jersey,” said Robert Iannaccone, the CEO of Saint Michael’s. “Earning five stars on this report is a team effort that involves every department of the hospital.”

Saint Michael’s was purchased out of bankruptcy by Prime Healthcare in May 2016. Since then, the hospital has turned the corner financially and significantly improved other measures of patient safety and quality, earning numerous accolades. In the fall, the hospital was awarded an A in patient safety from the Leapfrog Group and was named by Healthgrades as a top 100 hospital in America for Cardiac Care.

“The five-star rating from CMS is another objective measure of the high quality of patient care available at Saint Michael’s,” said Dr. Claudia Komer, a chief medical officer at Saint Michael’s. “But we will not rest on our laurels. We work every day to improve the quality of care.”

First made available to patients in 2005, Hospital Compare is based on 100 rigorously tested quality measures at more than 4,000 Medicare-certified hospitals as well as Veterans Health Administration and Military Health System hospitals.

“The Hospital Compare website and Star Ratings System are valuable consumer tools that provide important information on the safety and quality of our nation’s hospitals,” said CMS Administrator Seema Verma.