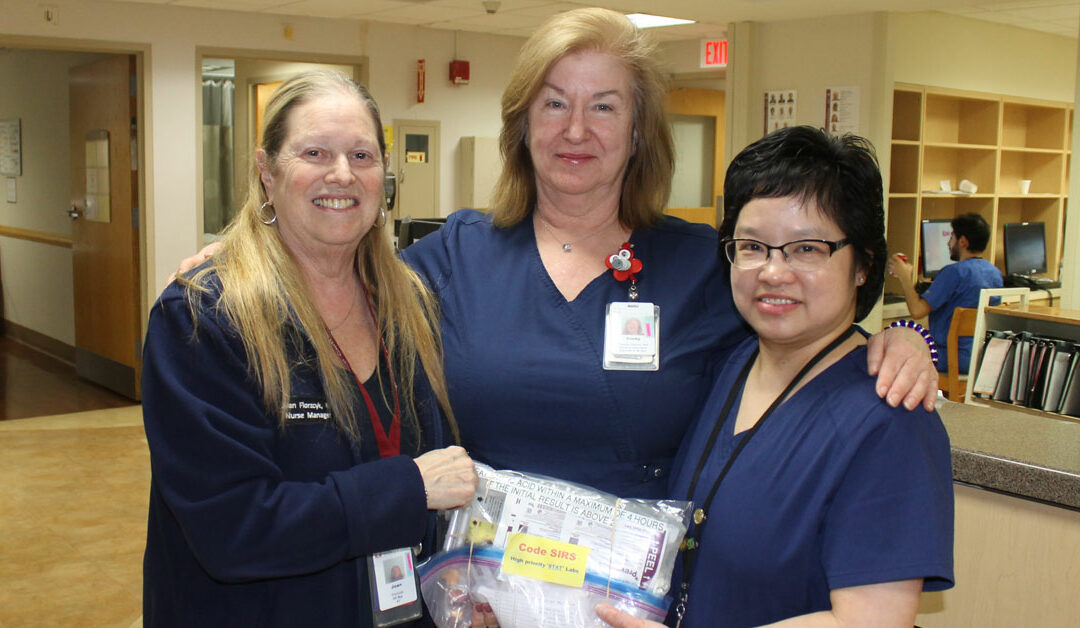 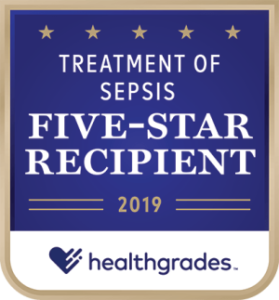 A team of Saint Michael’s Medical Center health care professionals from a variety of specialties has developed a kit designed to make it easier for staff to identify, treat and monitor sepsis, a life-threatening medical emergency that is the leading killer of patients in hospitals.

“Hospitals across the country struggle with sepsis,” said Dr. Claudia Komer, one of the chief medical officers at Saint Michael’s. “At Saint Michael’s, we worked with our medical professionals to develop a kit that would make it much easier to treat patients with sepsis.”

Sepsis is the body’s extreme response to an infection. It is life-threatening, and without timely treatment, sepsis can rapidly lead to tissue damage, organ failure, and death. Each year in the U.S., more than 1.5 million people develop sepsis, and at least 250,000 Americans die as a result.

Sepsis is such a major issue that the Centers for Disease Control and Prevention last year launched “Get Ahead of Sepsis,” an initiative that calls on healthcare professionals to educate patients, prevent infections, suspect and identify sepsis early, and start sepsis treatment fast.

Saint Michael’s was recently named a Five-Star Recipient for the treatment of sepsis by Healthgrades, the leading online resource for information about doctors and hospitals.

The kit was developed by a team consisting of Cindy Tooley-Pierce, nurse educator, Joan Florczyk, nurse manager, and Jenny Lindo, medical/surgical/telemetry charge nurse. The kit contains everything that is needed to treat sepsis, including fluids and antibiotics that are recommended in sepsis treatment protocols.

Florczyk said the requirement to treat sepsis patients quickly was the reason the kit was developed.

“Time is of the essence,” said Florczyk. “The sooner we can identify and treat a patient with sepsis, the better the outcome.”

Once a patient is diagnosed with sepsis, certain steps must be taken immediately to ensure the patient’s survival. A Sepsis Rapid Response Team is called and immediately begins administering antibiotics and fluids and ordering blood work.

“The medical staff is not wasting any time, it’s all there in the kit,” Lindo said. “Our staff does not have to run to 12 different places to get all the supplies that are needed.”

The kits are not currently offered by any medical supply companies. In fact, the bag that holds all the supplies is a simple Ziploc bag purchased at a grocery store.

“This is a great example of our staff seeing a need to improve quality of care delivered,” Komer said. “On their own they came up with ideas that were clearly very effective. They did an extraordinary job.”