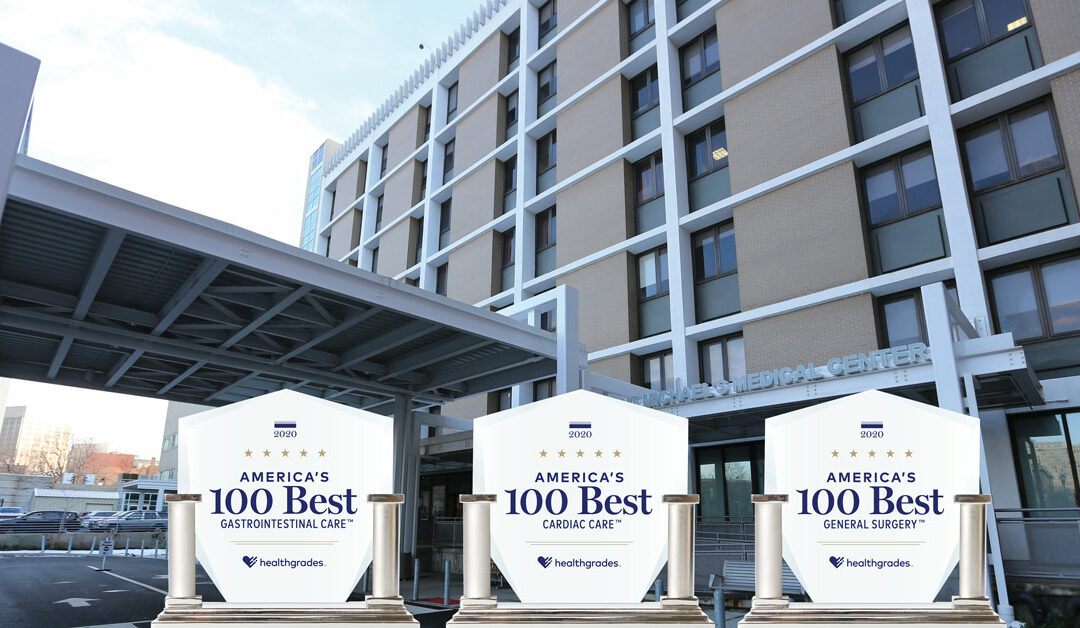 NEWARK, NJ — Saint Michael’s Medical Center in Newark has been named one of America’s 100 Best Hospitals in three specialties in the latest report from Healthgrades, the leading online resource for information about physicians and hospitals.

Saint Michael’s ranked in the top 100 nationally for general surgery, gastrointestinal care and, for the third year in a row, cardiac care. Saint Michael’s was designated among the top 5% in the nation for overall cardiac services.

“We are proud to be recognized by Healthgrades as one of America’s 100 Best Hospitals by Healthgrades for these three specialties,” said Claudia Komer, a chief medical officer at Saint Michael’s. “The credit goes to our excellent staff who are focused on providing the highest quality healthcare available not only in Newark, not only in Essex County, but in the state.”

Every year, Healthgrades evaluates hospital performance at nearly 4,500 hospitals nationwide for 32 of the most common inpatient procedures and conditions using Medicare data, and outcomes in appendectomy and bariatric surgery using all-payer data provided by 15 states.

“As a member of Prime Healthcare for the last three years, Saint Michael’s Medical Center has benefited tremendously from its ability to share best practices with sister hospitals across the United States,” said Saint Michael’s CEO Robert Iannaccone. “While we have always been a recognized for our cardiac care, it’s particularly gratifying to see that our other service lines are now being recognized as among the top 100 in the United States.”