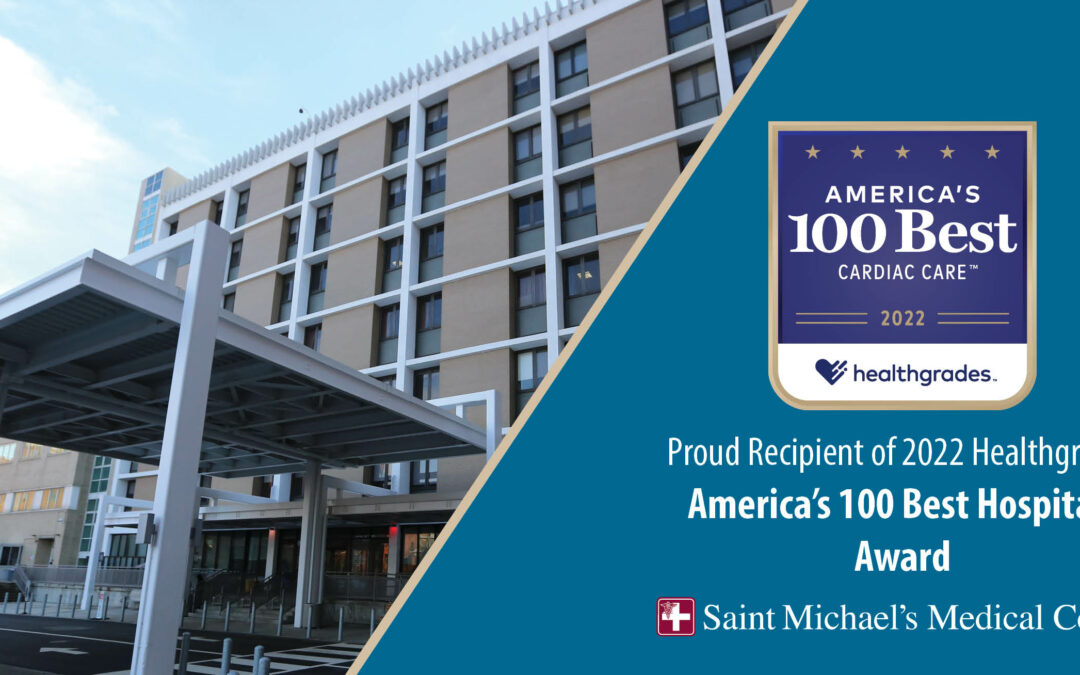 Saint Michael’s Medical Center, a member of Prime Healthcare, is one of America’s 100 Best Hospitals for cardiac care, according to new research released by Healthgrades, the leading resource that connects consumers, physicians and health systems.

It is the fifth year in a row that Saint Michael’s has been named a top 100 hospital for cardiac care. Saint Michael’s is one of only three hospitals in New Jersey to receive this honor.

“We take great pride in knowing that Saint Michael’s is among the 100 best hospitals in the United States for cardiac care,” said Saint Michael’s CEO Dr. Alan Sickles. “This latest award is further evidence of Saint Michael’s commitment to providing the highest quality healthcare to our community We are proud to be recognized for our track record in surgery, sepsis and diabetes as well.”

Every year, Healthgrades evaluates hospital performance at nearly 4,500 hospitals nationwide for 31 of the most common inpatient procedures and conditions. The hospitals that have achieved the Healthgrades America’s 100 Best Hospitals for cardiac care have demonstrated exceptional quality of care.

“Consumers can feel confident in the America’s 100 Best Hospitals for cardiac care for their commitment to quality care and exceptional outcomes. The recognition helps provide peace of mind when selecting a place for care,” said Brad Bowman, MD, Chief Medical Officer and Head of Data Science at Healthgrades.

In cardiac care, Saint Michael’s was a five-star recipient for the following services: coronary bypass surgery (six years in a row), valve surgery, coronary interventional procedures, treatment of heart failure (five years in a row) and pacemaker procedures (four years in a row).

In May, Saint Michael’s was recognized as a Healthgrades Patient Safety Excellence Award recipient for the third year in a row.

Saint Michael’s was recently ranked second in the nation by the Lown Hospital Index for Social Responsibility, which measures hospitals across 54 equity, value, and outcomes categories. The index is the first ranking to assess the social responsibility of hospitals by applying measures never used before like racial inclusivity, avoidance of overuse, and pay equity.