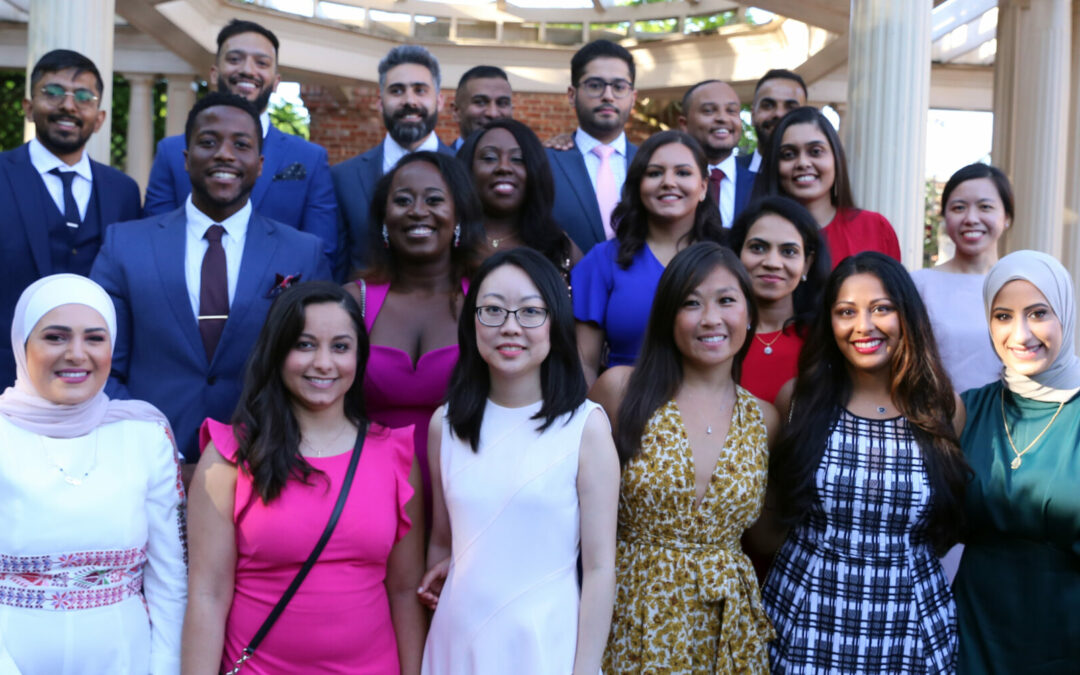 Since the pandemic began in 2020, each successive class of doctors graduating from the internal medicine residency program at Saint Michael’s Medical Center in Newark have been called the “COVID class.”

But this year’s graduating class, which started in the summer of 2019, can truly be called the COVID class, said Dr. Theodore DaCosta, the director of Saint Michael’s residency program.

“This is really the class of heroes,” Dr. DaCosta said. “This is the class that was thrown into battle just when they were starting out. They fought COVID and they grew together. They figured out themselves how to manage COVID patients. It was a very traumatizing experience and I’m sure it left scars, but it made them better physicians. I’m so proud of this class.”

Saint Michael’s CEO Dr. Alan Sickles told the doctors that they should be proud of their accomplishments.

“To get through residency with all the issues — including a pandemic, snow storms, floods — and come out the other side successfully is a testament to your dedication and hard work,” Dr. Sickles said.

Dr. Nichoals Baranetsky, who gave the commencement address, said residency training has always been stressful, especially the first year, but the pandemic added an additional challenge.

“You could not help your patients, you were not sure that you could protect yourself,” he said. “But you persevered, you overcame and you are here today. You developed into very good internists and it’s been a privilege to observe your professional and personal growth, both individually and as a class.”

Additionally, Sarah Abdou was recognized for completing her residency in podiatric medicine and surgery and Siva Prasad Maruboyina for completing a fellowship in gastroenterology.

The Dr. Peter Ho Memorial award was given to Dr.Yew Ei Tan.

The award was named after Dr. Ho, who was born in Vietnam and served as a surgeon alongside American doctors during the Vietnam War. He was an infectious disease fellow at the hospital in 1983. When he was invited by drug reps to dinner, he would only go on the condition that he be allowed to take food and bring it to a homeless shelter. Dr. Ho died in 1985 and the Saint Michael’s HIV/AIDS clinic is named in his honor.

The Dr. Philip D’Ambola Memorial Award for Excellence in Teaching was given to Dr. Muhammad Hussain.

Intern of the year was won by Dr. Mohammad Nabil Rayal. Residents also awarded a nurse of the year award to Mark Zanoria.