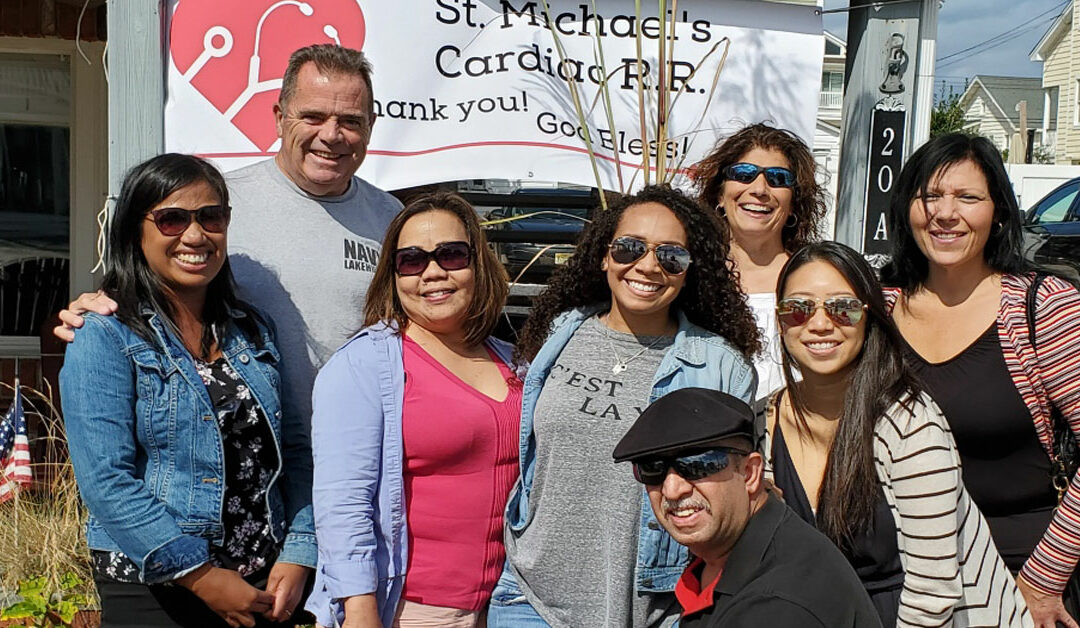 The first time John Bowes Jr. came to Newark, it was for open heart surgery at Saint Michael’s Medical Center.

Now, nine months since he had his aortic valve replaced and a bypass, Bowes said he’s glad he made the trip up from Seaside Park to Saint Michael’s for the operation performed by Dr. Nilesh Patel.

“I had a great experience at Saint Michael’s,” Bowes said. “The entire staff, including all of the nurses, doctors, technicians that I came into daily contact with were so caring and professional. The care that I received that whole week was out of this world. I shout the praises of Saint Michael’s.”

Bowes, 67, first got indications that something was wrong while he was playing golf. Instead of using a cart, he typically walks the course. While walking up a slight incline at the Fountain Green Golf Course at Fort Dix, Bowes said he felt shortness of breath. It happened again in a golf league match at Northampton Valley Country Club in Pennsylvania the next week.

“At first I thought, maybe I haven’t been to the gym enough and I am out of shape,” Bowes said. “But I thought, this isn’t right. I just walked up a little hill and now I can’t breathe.”

His doctor sent him to a cardiologist in Toms River. After several tests, the diagnosis was aortic stenosis, a common but serious valve disease in which the aortic valve is narrowed, restricting the flow of blood inside the heart. The opening in the aortic valve should have been 3 cm but was about 0.7 cm.

His situation was a heart attack waiting to happen. Open heart surgery would be required to replace his valve.

But what made Bowes make the trip all the way from Ocean County to Newark? His cardiologist recommended three heart surgeons, one of them Dr. Patel, who is affiliated with Saint Michael’s.

Bowes, who is from Philadelphia, retired after four years in the U.S. Navy and then 38 years as a civilian employee with the Navy. He worked at Joint Base McGuire-Dix-Lakehurst and lived in Seaside Park. He really never had any reason to visit Newark – until the surgery.

When he woke up after a five-hour open heart surgery, Bowes said he looked up on the wall and the first thing he saw was a crucifix. Then a few hours later, Bowes was visited by the hospital chaplain, Father Kelly, a Catholic priest, who gave him Holy Communion.

“I liked being in a Catholic hospital because of my deep faith in God and it really meant a lot to me,” Bowes said. “But the real big blessing for me was that my cardiologist sent me to one of the best heart surgeons in the state of New Jersey at Saint Michael’s Medical Center.”

While he’s still healing from the surgery, Bowes said he has resumed all of his normal activities, including golf and working out at the gym. Prior to this interview, he just hauled several loads of firewood from his woodpile into his house to feed his new woodstove.

Bowes was so grateful for the care he received at Saint Michael’s that he invited the hospital’s cardiac recovery room team to his beach house for a BBQ after an afternoon on the beach in September and he’s planning another day for the team at the beach in June.

“It was a great experience for me, and I would recommend to anyone needing heart surgery to go to Saint Michael’s Medical Center,” he said. “God bless everyone at Saint Michael’s.”

Saint Michael’s has been ranked in the top 100 nationally for cardiac care for the last three years by Healthgrades, the leading online resource for information about physicians and hospitals.