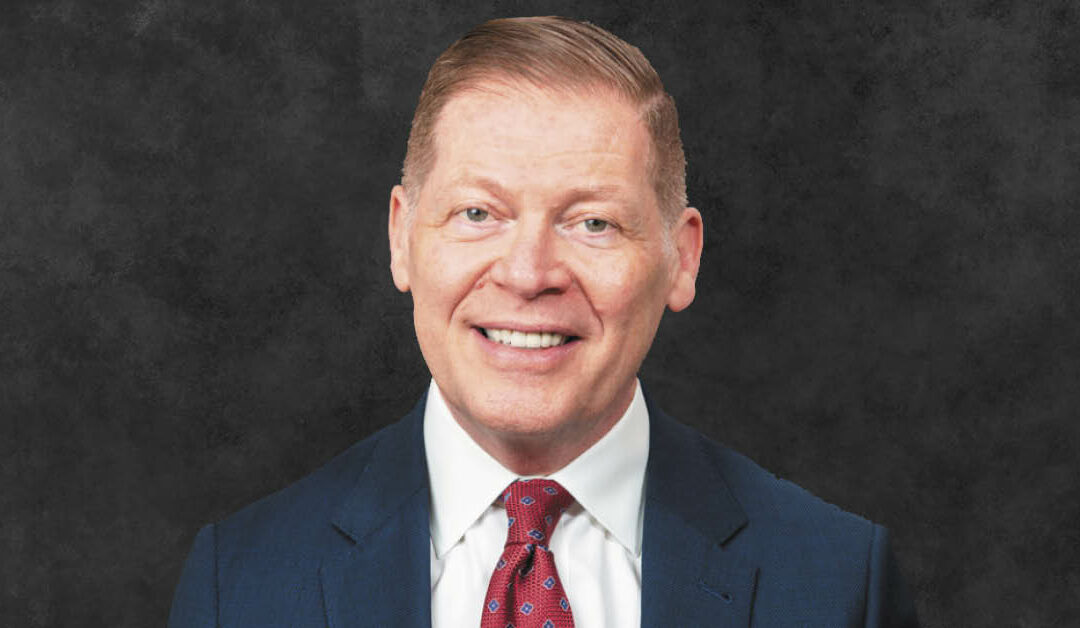 Read this article as it originally appeared on May 20, 2021 in ROI-NJ.com.

There are so many ways to quantify the turnaround at Saint Michael’s Medical Center in Newark.

There’s the fact that it has improved from an “F” to an “A” grade in the coveted Leapfrog safety scores — and done it five times running.

There is the rebirth of the fellowship program, which is bringing top students to train at the facility.

There is all the new equipment — and programs, including a huge upgrade that’s coming in care for stroke victims.

And then, there is this: The hospital simply is still open.

That wasn’t a foregone conclusion five years ago, when it was in bankruptcy and a study commissioned by the state was recommending it close. And it certainly wouldn’t have been the bet when Prime Healthcare, a for-profit company out of California, agreed to buy it when few others offered.

But here it is, five years later. And the new CEO, Dr. Alan Sickles, is confident the hospital will survive and thrive in the coming years. Sickles, who arrived at Saint Michael’s just after the start of the COVID-19 pandemic, said the hospital has exceeded all of his expectations.

“What I find so fascinating about this hospital is that we’re an urban safety net, in the middle of Newark, owned by a for-profit chain,” he said. “That’s a really unusual combination, but it works.

“We put a lot of effort into our programs and performance, holding the standard as high as we possibly can. We bring things to our community that you might think could only be found in a more advanced setting.”

Sickles credits the staff, the community and Prime Healthcare.

“Prime has really been a great partner for Newark,” he said. “They have continued to put money into the hospital — and not just for equipment, but infrastructure and human resources, and staffing and programmatic development — to allow it to really start to flourish. Prime’s mission is to save and transform community hospitals, and that’s what they did right here in Newark.

“I think that we’re at a point now, coming out of COVID, where we’re poised for some significant growth. It’s a pretty exciting time.”

Sickles, who was named chief operating officer at the hospital last June after a lengthy career in New York City hospitals, was elevated to the CEO role in September. He recently talked with ROI-NJ on all things Saint Michael’s. Here are his thoughts, edited for space and clarity.

ROI-NJ: It’s great to talk about the top programs you are assembling here, but at your heart — like all health care facilities — it’s about the most basics in health care. Talk about the challenges you face in Newark to provide that.

Alan Sickles: I spent most of my career working at what everyone colloquially calls a safety net. That’s really what are. And it means we play a very significant role in the community. Despite everyone’s best efforts, there are still plenty of uninsured and undocumented people. We are their doctor, their doctor’s office, their ER, their clinic. We’re all of that. And we provide a real important service.

That was clear during COVID. At the height of the pandemic, which occurred before I started here, there were days that every bed at Saint Michael’s was filled with COVID patients. We had nothing else for a long time. We lost our share of patients — and staff. It was really hard. But, we came through stronger for it.

We’re proud of that and it shows.

I think a big part of what Prime has fostered is a little bit of culture change — and that’s not a bad thing. We are really elevating the conversation of who we are and what we can be.

ROI: You are a hospital that should be is closed — at least, that was the feeling five years ago. What would you say to those who don’t know all the things you are doing here? How would you sell the place to an outsider that hasn’t come around in a while?

AS: I would highlight some of the really positive changes that we put into place. For example, we’re expanding our academic program. We’ve always had a residency program in internal medicine. And, many years ago, we had several fellowships here, but we lost those with all the financial problems we went through.

They were given over to other hospitals to run. Those fellows still rotated here, but they were no longer our programs. Now, we can support them again. As of July, we’ll have our own fellowships in cardiology, infectious disease, gastroenterology, hematology and oncology. And we’re also working on our applications for pulmonary critical care and interventional cardiology. Having residents and fellows translates into better and more advanced clinical care for our patients.

ROI: Talk about the new programs and the increased level of care?

AS: Right now, I’m working on becoming a thrombectomy-capable stroke center, which is huge. It’s the most advanced stroke care that you can get anywhere — and we’re going to be offering it here in Saint Michael’s, a safety net hospital in downtown Newark, not in some big white tower academic center.

In cardiology, we’re doing all of the latest and greatest procedures that are available at the biggest centers in the country. We do minimally invasive valve replacements. We have an extensive electrophysiology program. We’re offering things to our community that they might not have gotten otherwise.

ROI: This is not what people expected when they heard a for-profit company was taking over. Talk about the idea of making sure you make money while you take care of patients? Some would feel those are mutually exclusive.

AS: They asked me that same question in one of my interviews for the job, because I had only worked for nonprofits. They said, ‘How do you think you’re going to adjust to that model?’

I don’t think anything changes. That’s what I’m seeing here. The goal is still to provide the best possible patient care, whether you are a nonprofit or a tax-paying hospital. And any good CEO has a sense of fiscal responsibility and stewardship. It’s just one more metric that we all have to meet. But I had that in New York. I used to have a CEO tell us all the time: No margin, no mission. I think being a for-profit has a stigma that it doesn’t deserve.

ROI: It certainly hasn’t prevented Prime from investing in Saint Michael’s. Talk about the upgrades in the past five years?

AS: Prime has followed through on their commitments to invest in the hospital. The cancer center purchased a Tru-beam linear accelerator, CT simulator and new treatment planning software. In cardiology, we built two new catheterization labs, purchased new cardiac mapping and electrophysiology equipment. and now perform TAVR and mitral clip procedures. In our women’s imaging center, we have new mammography equipment and new stereotactic breast biopsy equipment. We recently purchased a new C-arm for the operating room and our radiology department is slated to receive a new fluoroscopy suite, two new diagnostic rooms and an MRI upgrade.

More than that, we have telemetry on all our units. And our electronic medical records will be expanded to all our clinics and outpatient practices later this year. And we have made significant investments in our physical plant, upgrading chillers, the roof, windows, boilers and the boiler room, elevators and the parking deck. We’ve refreshed our sleep lab, women’s health center, lobby, Central Avenue and outpatient entrances and our admitting offices.

ROI: That’s not evident from the outside. Does that bother you?

AS: Not really. Saint Michael’s is state of the art in every possible way. But I do think there’s a disconnect. Saint Michael’s the building is not particularly flashy. There’s not a modern building with a big glass front and all the minor details you would hope to see. And, I’ll admit, there are times you walk through the hospital and you look around, it does feel like it’s 1975 and you need to get your disco wear.

But there’s no sense of that from the medical perspective. When you come inside, the care is very much up to date and current. And that’s what matters.

The CEO doctor
Alan Sickles is not just the CEO of Saint Michael’s in Newark, he is a highly regarded breast cancer surgeon — one who only stopped seeing patients a few years ago. We asked him: How does being a doctor help you as a CEO of a hospital?

“I think having a physician in the leadership role for a hospital is really the way that the world is moving,” he said. “It makes a big difference. Prime is a physician-led health system and I like being part of that. Physicians understand each other, we understand the problems. It’s not simply a math problem; we really do understand what’s happening with the patient and put patients first. And, when you come into a new role as a CEO as a physician, you come in with a little bit of instant credibility, because people know you were on the same page at one point in your career.”